Spacious one-bedroom apartment with a view in Berlin-Friedrichshain

With 6 buildings and 160 apartments, the new residential project PANORAMA is located in the trendy Berlin-Friedrichshain, in the immediate vicinity of the world-famous Berghain and the East Side Gallery on the Spree. Via the Ostbahnhof train station, you have a direct connection to the BER Airport and the central railway station – an excellent central location!

The new development offers a great selection of modern apartments with 1 to 4 bedrooms, most of which have either a balcony or a loggia. On the level of the first floor, a private green courtyard will be built with inviting play and garden space for the project’s residents. Various garden themes will be addressed in terms of use and design, with the urban garden created to encourage interaction between residents within “PANORAMA”. In particular, the greening of the courtyard and the roof areas will contribute to the improvement of the microclimate of the entire quarter.

Hardly any other district spreads as much charm and diversity in Berlin as trendy Friedrichshain. A district full of varied historical neighbourhoods and shaped by creativity is now one of the most sought-after places to live within the capital.

Along the river Spree, the „Mediaspree“ development has created a quarter that has given the former industrial area between “Ostbahnhof” and “Oberbaumbrücke” a new character combining a mix of living and working, having attracted major companies such as Mercedes-Benz, Universal Music, Zalando and Amazon.

Located on the border of Mitte and Kreuzberg, the residential ensemble „PANORAMA“ at Franz-Mehring-Platz blends into its lively surroundings. The area is known for the world-famous Berghain in the immediate vicinity as well as the clubs along Holzmarktstraße and the East Side Gallery on the Spree. The surrounding neighbourhoods, such as around Boxhagener Platz, attract nearby residents with their alternative retail, culinary specialities and bars and leave nothing to be desired.

The project “PANORAMA” benefits not only from its central location within Berlin, but also from its excellent public transport connections. It is only a short walking distance to the Ostbahnhof and the U-Bahn station „Weberwiese“, whose rail network provides direct connections to the Zoo station, Alexanderplatz, the main railway station and BER airport. 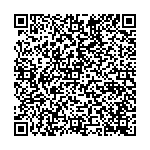